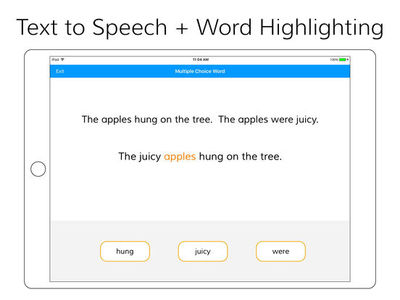 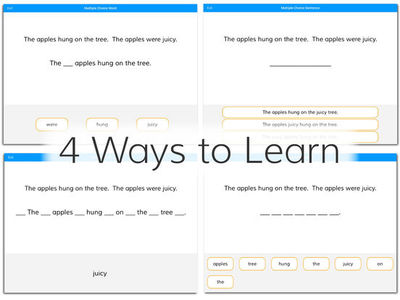 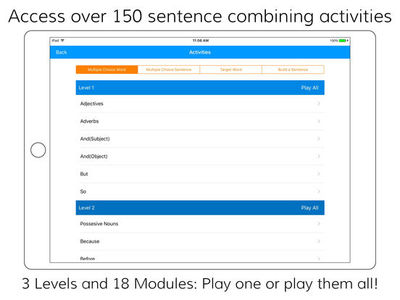 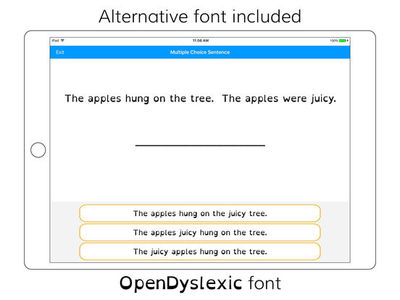 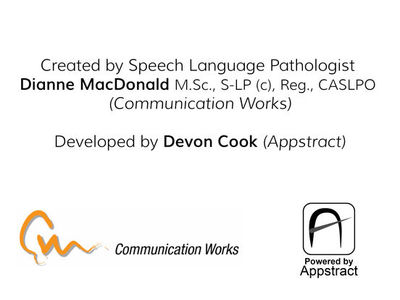 It is easy to use and is designed to take some of the boredom out of the task of practicing sentence combining, which has traditionally been done in workbooks. This Sentence Combining app is for students of any age who can read and are starting to write sentences (typically 7 years and older). However, students who cannot yet read fluently, can still use the text­ to­ speech feature of this app to have the sentences read to them simultaneously with words highlighted. In this way, the app can be used by those whose reading skills are not yet fluent.

Practice with sentence combining activities has been shown to increase the complexity of written language. Learning how to use various types of adverbs, adjectives and conjunctions in sentences to improve the level of story writing and other types of writing, e.g., expository, persuasive arguments and procedural, is important for any young writer. Saddler and Graham (2005) studied 4th grade students and found that their story writing skills, as well as their ability to use sentence combining to revise their stories, improved through the practice of sentence combining. Practicing sentence combining activities has also been shown to increase the number of adjectives used by adolescents with autism, (Rousseau, Krantz, Kitson & McClannahan, 1994).

This Sentence Combining app has 4 different game types, with each one focused on a different way to help the student to construct one grammatically and semantically correct sentence from two separate sentences.

Multiple Choice Word
In the Multiple Choice Word game type, the easiest place to start, students are only required to tap a word, in a multiple choice format, in order to complete a sentence, which effectively combines two sentences into one. This can be used as a teaching module.

Target Word
In the Target Word game type, one word must be placed in the appropriate location of a combined sentence in order to create a new sentence derived from the two example sentences.

Build a Sentence
In the Build a Sentence game type, a choice of single words, taken from the two example sentences, must be put together into the right order to create a new sentence.